How the Brain Processes Fear 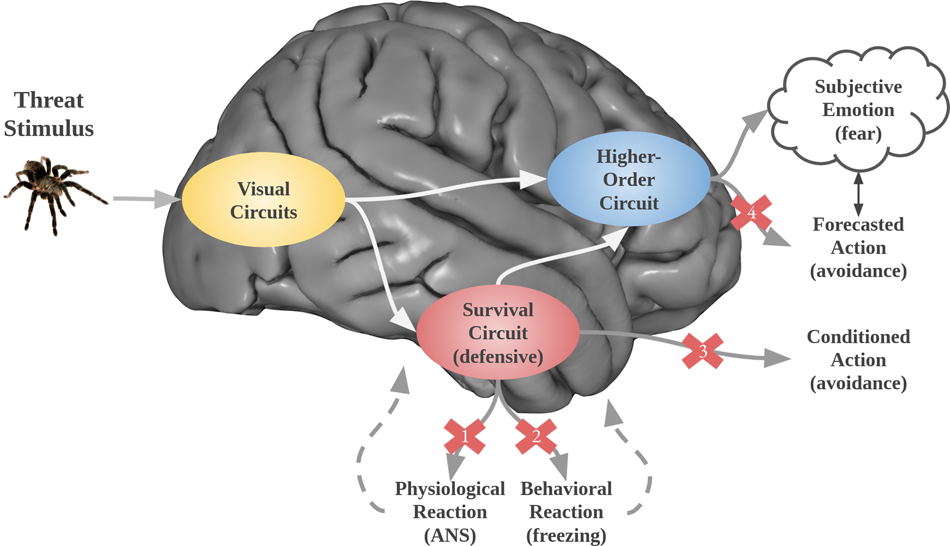 The brain is a complex system that processes multiple sensory signals to generate the emotional state of fear. These circuits map the sensory changes associated with fear and include subnuclei of the amygdala and hypothalamus. In addition, they also include specific parts of the periaqueductal gray. Some of these structures are supported by distinct molecular markers. Here are some examples of these neural systems.

Scientists are still learning more about how we process fear. This complex chain of events is largely unknown, but it is still one of the most important factors that determine our reaction to fear. Understanding the process behind fear may help explain why some people prefer horror movies while others dislike them. While science continues to unravel this mysterious process, there are a few things we do know. Here are some common examples. The basic process for fear processing is as follows:

Our instinctive response to danger is fear. As a result, it has played a significant role throughout human evolution. Early humans often faced life-threatening situations and experienced extreme fright at the prospect of death. Even modern people develop extreme fight-or-flight responses to certain objects. For example, if you are a child and your parents have a fear of heights, then you are more likely to develop this type of fear.