“How to be less human” is a new book from psychologist Jerri Blank. She is a dropout with a small conscience and a large amount of unethical behavior. In the novel, she is forced to learn from the misbehavior of others, while focusing on her own shortcomings and the shortcomings of others. She explains her research in an accessible, entertaining manner, and the results are fascinating. 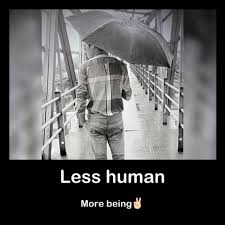 The research is based on the principle that people who engage in unethical behavior think of themselves as less human. This idea stems from studies of children, who learn to separate themselves from others by dehumanizing them. They are often dehumanized and cynical, but this kind of thinking is counterproductive for our society. That is why it is critical to learn new coping mechanisms and understand the true impact of our actions on others.

The research has prompted many debates about how dehumanizing ourselves can help us heal. Most of us think of ourselves as being less human when we engage in dishonest behaviors, but this belief is deeply rooted in our psyches. Kouchaki and colleagues asked participants to write about the time they had been honest and when they were dishonest. While the study was conducted with this in mind, it has been suggested that it may help to understand why dehumanizing ourselves is such a powerful coping mechanism.