We Can Imagine a World Without Fear 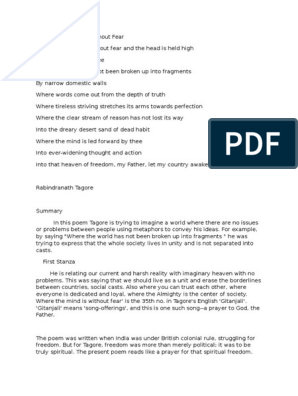 We Can Imagine a World Without Fear

“When Thich Nhat Hanh was elected President of Vietnam, he made one wish – that someday Americans would forget the Khmer Rouge and the Americans would remember them. When he said that, many Americans cried, because they knew it would never happen.” For years the United States and her allies have fought terrorists, but it appears that in this case, we are creating more. We have created more Al Qaeda and Taliban clones through our support of proxy armies, proxy terrorist groups and the use of torture techniques that are illegal throughout the civilized world. If we do not get this terrible problem solved soon, we are setting up the United States for future failure in the middle east, because instability is already creating a safe haven for international terrorists, including those like bin Laden who hates America and has called for us to be hated too.

We cannot allow the radicals to win. It is time for us to stand firm and fight for what we believe is right. It is time for us to say enough is enough and that we will no longer allow ourselves to be bullied by radicals and their leaders. We cannot be weak and allow these people to use fear to govern our societies and our lives. We must fight fire with fire and show the world that we will not be bullied and manipulated and we will not give into fear.

In order to defeat International Terrorism once and for all; we must work to create a world without fear. It is time for us to reject the use of torture as a means of dealing with those who are bent on hurting us. It is up to us; not them; to ensure that we are always one step ahead of those who wish evil for us. And we can do it!