What Will Win? Populism or Globalism? 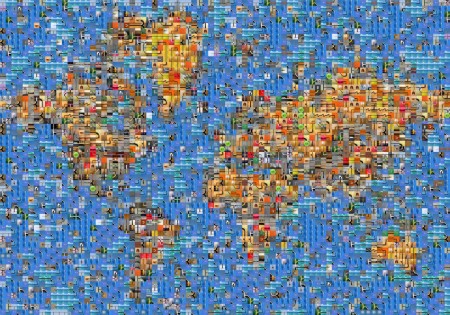 What will win? Populism or Globalism? The other day when I was listening to an interview on NPR, (I assume it was the Diane Sawyer show) they were talking about how in coming decades we would be ruled by a one world government. Indeed, it is interesting; it is almost as if George Orwell wrote that and today there were almost as much globalism, socialism, corporatism, and collectivism as there was during the time of Hitler and the Third Reich.

If you will recall Winston Churchill was quoted as saying “A government of the people, by the people and for the people, truly is the best government.” Do you think that Churchill’s vision of a one world order could be compared to the current thinking on the global scene? Especially, with what’s happening in the Middle East? You see, sometimes you need an organization like the Red Cross to protect you. But sometimes one has to do it yourself.

There are many different philosophical viewpoints on what will win. I’d like to focus on two that come to mind right now. Global Warming and Liberal Politics, with all their differences; yet, from a humanitarian perspective; they are both good. Global Warming is a given because there are ice storms, super volcanoes, ocean rise, glaciers melting, and massive coral reef collapses. The insanity of liberals abates and we should heed their warning to save our civilization from utter destruction. In the mean time; we can work together through the United Nations and take care of Mother Nature by putting limits on her and through the economic pressure of taxing her, rather than having her fund our civilization.